Sew on a continuous double-fold binding with invisible ending. 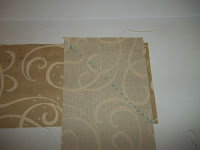 How long?  Measure the entire perimeter of the quilt and add 15".  Divide this total measurement by 42'" to determine the number of strips.


Sew each strip - end-to-end at a 45 degree angle.  (just like the border strips)

Press the strip in half lengthwise.

Begin in the middle of the one side.  Measure down 8" of the strip and begin sewing at that point leaving the 8" end free. 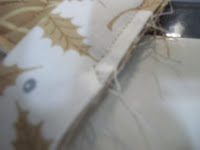 As you approach the corner, stop 1/4" from the end and pivot the needle to sew perpendicular off the edge at the corner.

Remove the quilt and rotate 90 degrees. 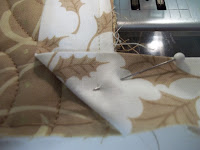 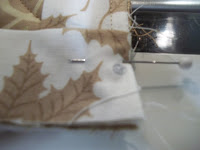 Fold the strip at a 45 degree angle.

Fold back on itself making the fold at the edge of the quilt. 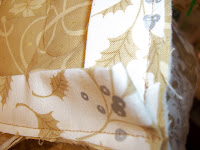 
Continue around the quilt. 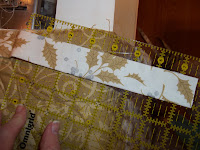 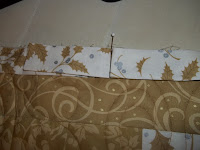 Fold the 2 strips until they meet and fold them back where they meet in the middle.

Cut one of the ends at the fold. 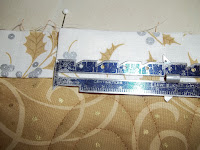 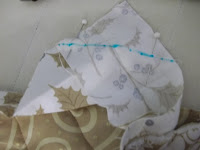 Reposition the 2 ends at a 45 degree angle (just like the strips were sewn together)  Sew.
Tip:  Reposition and fold over as it will be sewn  to see if it was sewn correctly. 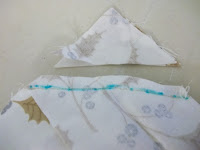 Fold the binding to the back side, pin, hand-stitch.


Posted by Stitch Memories at 6:05 PM